Transforming Leadership to Shape the Future

New Year’s Resolutions? Here’s What We Learn from Science about Making Changes that Last


NOTE: This is an adapted version of a previous post (see Taking Small Steps is the Key to Improve Your Leadership Behaviour). I’m publishing it in response to several recent conversations about New Year’s resolutions and whether or not anybody is able to make them stick.

Another year has gone by in a whir, the New Year has arrived and like so many of us, you want to make this one count. Perhaps you want to live healthier, be more sociable, get involved in something meaningful, start a new hobby or maybe you want to quit smoking or get out of debt. 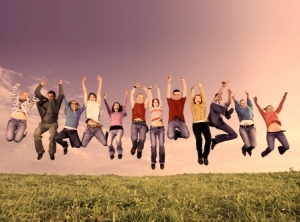 As you are probably well aware, very few New Year’s resolutions survive beyond the first couple of weeks. According to statistics, 40-45% of American adults make one or more resolution each year, but only 20% of these resolutions are ever kept, which of course means that 80% of these noble intentions are left undone. So is there anything you can do to help you succeed in making the changes you have in mind? Yes, but…

The Neuroscience of Habits

Okay, the “but”-factor is that unless you have a really intense or even traumatic life-changing experience, your chances to make radical changes overnight are less than slim. Much of our “bad” or unwanted behaviour is the result of existing neural networks – billions of brain cells connecting to form ‘pathways’ which activate specific thoughts and actions. Many of these actions are fully automated (we perform them without even thinking about what we do) and there’s no switch to simply turn them off. Also, trying to change negative behaviours by focusing on them often has the exact opposite effect. When we focus on something, the neural pathways related to that “something” is strengthened, and so it becomes nearly impossible to change the behaviour. The best way to get rid of these behaviours is by neglecting them – focus on new behaviours that will form new neural networks that will result in new habits. Over time, the old networks will become weakened and no longer have an effect. 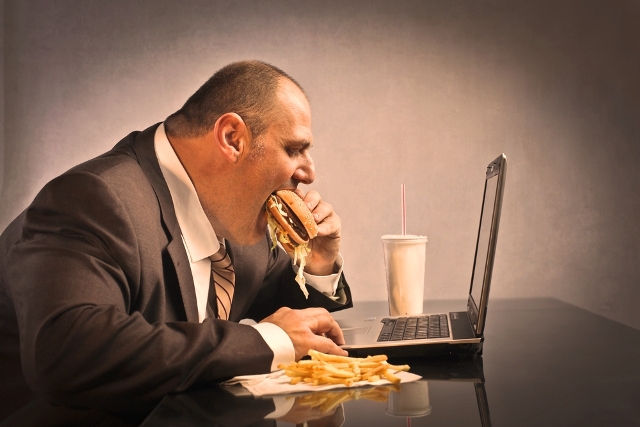 Bad habits could also be the result of another neural process. Overindulging in coffee, overeating, gambling, or spending too much time on the internet are often a form of addiction to the effects of dopamine and other neurotransmitters which are released in your brain whenever you’re enjoying these excesses. Take the pleasure you derive from opening your Facebook home page, for example. As you anticipate the pleasure of seeing a message from a friend, your brain responds by releasing dopamine into its pleasure centers. This gives you an experience of pleasure even before you found the message. To your surprise you open your page and see an student-days picture in which you’re tagged -  even a larger surge of dopamine in response to this unexpected surprise. However, if there's no tagged picture and the expected message is not there your dopamine levels drop considerably, causing a sensation similar to physical pain in your brain. So you wait a few minutes and the whole process repeats itself... .

Trying to quit these addictions is extremely difficult because your brain still craves the “high”. It is therefore much more effective to find another source of neural pleasure such as exercise, meditation, or even simple breathing exercises. Deliberately practice these new behaviours until they become “good” habits which would then have replaced the old undesirable habits.

So the good news is that change is possible. Studies in neuroscience have shown conclusively that the old belief that you “can’t teach an old dog new tricks”, is simply not true. In fact, our brains can change and adapt throughout our lives. This phenomena – known as neuroplasticity – allows the brain’s neurons (nerve cells) to continuously adapt and adjust to form new neural pathways. In other words, while the neural responses which cause us to behave in a certain manner might be automated, these neurological pathways can be changed. So changing our behaviour is possible on a conscious and neurological level. 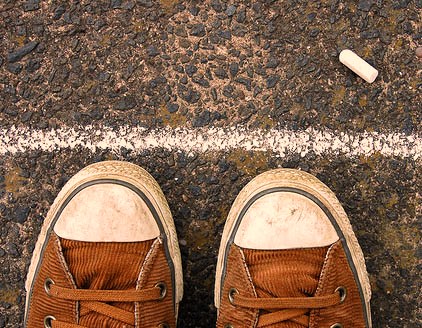 So where can you start? Well, the “where” will depend on what you want to change, but the most important factor for behaviour change is the “how”: START WITH SMALL STEPS! Currently some of the most significant insights into behaviour change is coming from Stanford University’s Persuasive Tech Lab where, among other things, Dr BJ Fogg and his team creates insight into how we can change ‘bad’ and undesired behaviour into ‘good’ and desired behaviour. More than 15 years of research has led BJ to conclude that among the Top 10 Mistakes in Behaviour Change, “attempting big leaps in stead of baby steps” and “trying to stop old behaviors in stead of creating new ones” rank very high. His “BJ Fogg Behavior Model” proposes that THREE ELEMENTS must come together at the same moment for a behavior to occur: (1) the motivation for that behaviour, (2) the ability to perform the behaviour, and (3) a trigger. When a desired behaviour (e.g. daily exercise) does not occur, at least one of those three elements is missing.

Make it Easy for Yourself

Motivating yourself to stop smoking or start a new hobby is generally fairly easy, but the ability or trigger to actually do this might lack. The key to overcome this, according to the Stanford researchers, is to take small, doable “baby steps” and link these to existing “anchors”. In an article he wrote on the topic of persuasion BJ explains that “in most situations behaviour change occurs only when the behaviour is easy to do”. So, if you want to change your behaviour you need to start small, in fact very small. This small new behaviour must then be linked to an anchor – something you’re already doing at more or less the same frequency as the intended new behaviour. The existing anchor would then “trigger” the small new behaviour. 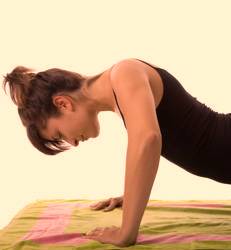 Does it sound a little complicated? In fact it’s very simple, and by following this process BJ has successfully helped thousands of people change their behaviour. Here’s an example of how it works:  Want to get back into a daily routine of physical exercise? In stead of committing yourself to a vague new behaviour such as ‘I am going to start training, become fit and live healthier’, find a daily anchor (e.g. ‘after I wake up in the morning’), and then link that to a simple and easily executable new behaviour (e.g. ‘I will perform three sit-ups’). Just that. Or maybe you’ve never been able to get into the habit of keeping a journal. Now find an existing anchor (e.g. ‘after I’ve brushed my teeth at night’) and use that to trigger a small, easy-to-do new behaviour (e.g. ‘I will write one sentence in my journal’).

From New Behaviours to Good Habits

It might sound counter-intuitive to start so small, but the purpose of following this simple process is to re-wire your brain – stimulate it to form new neural networks (which will enable the new habit) to replace the old. Once this small behaviour has become an established habit through continuous repetition (the brain now calling up the new pattern without thinking about it) it is much easier to expand on it. In effect you start small with a new behaviour that is easy to perform and once the new neural pathway had been formed, you increase the frequency and intensity of the new behaviour (do more push-ups or join a gym).

The same process can be followed to stop an existing behaviour. Remember, changing a “bad” behaviour is near impossible if you focus on the behaviour you want to stop as this will only strengthen the neural connections which result in that habit. In stead, find a new behaviour that you can to replace it with and then follow this process to start the new behaviour (I already mentioned examples such as exercise and meditation). 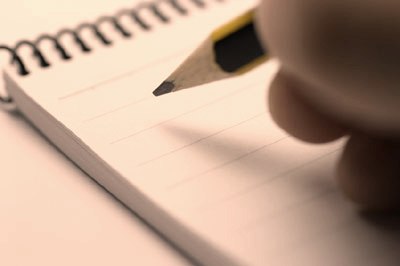 So, the New Year is upon us and it is possible to make this a new start by committing yourself to just one small step at a time. To determine what this should be, you could list the new habits that you want to pursue in order of priority – the good old “resolutions” list. Then select one new behaviour from the list and simplify it to its most basic form. Write it down. For example, ‘live healthier and get fit’ could be simplified to something such as ‘do three push-ups (new behaviour) after I had my first cup of coffee in the morning (anchor)’, or ‘every day when I return from work (anchor) I will take a walk to the street corner and back (new behaviour)’.  By taking these ‘baby steps’ you will be rewiring her brain, forming new neural patterns and pathways that would eventually become the habits you could expand on to live a healthier life.

Seems to be true

Marg 24/01/2016
In my experience this method seems to be very true. Recently (half an year ago) I was in a struggle to give up marijuana because it had a plethora of negative effects on my life. Truth be told, there were a lot of positive too, but they kind of became worthless because of the struggles I was going through.

So I had many intentions to stop smoking, most of which were exactly too vague to work. You can't just say "I'm not going to do this anymore." because that intention is not down-to-earth enough to actually work. After many such vague attemps to quit, I said to myself: "Well this isn't working, it's all wishful thinking. I'm simply not determined enough". Then I tried to conceptualize what is it *really* that makes me want to quit marijuana. An example was that I'd often get reclusive while "high", somewhat ignoring friends and family which I didn't like. So I tried actually spending more time with friends and familly without being high, and after realizing that it's doing good to me, like being able to engage with them in a deeper way compared to being high, I started feeling that it's going in a good direction and that there are actual benefits to not smoking.

I made it my practice to seek concrete benefits in giving up certain behaviours, so that I was always gaining more than I was losing, and it worked. I believe it's the same as the "anchoring" mentioned in this article. I was always making plans such as "I'm going to to this but not that, and try to make it this way instead of that way". So I was able to have something to hold on instead of just making vague intentions that go like "I'll cease all bad behaviours in my life".

Anyway, that's my story :) I just wanted to confirm personally that it works.
Reply
Build your website for free!
Launch your own professional website in 5 minutes!
Start here